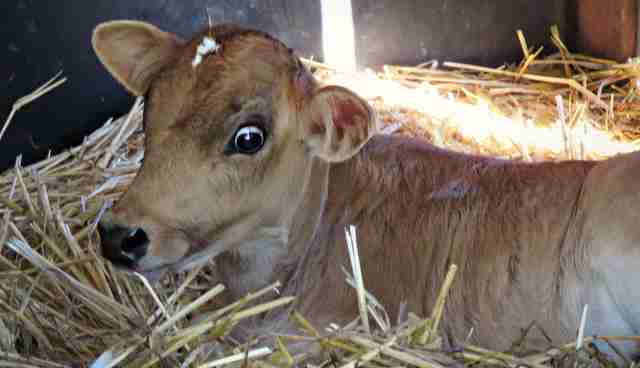 No, we’re not carving you up, little calf. It’ll be okay. Here, have some sprouts.

Last night, I went to see Chuck Wendig. He’s an author I’d had the privilege of meeting once before, way back in 2009, at a tiny game convention in Philadelphia. We played a role-playing game together, jammed about writing, and I tried not to make an ass of myself. No small feat, back in those days. He was excited to see me again, and we talked about Seattle and writing with another man I’m very glad to have finally met, Phil Brucato, mastermind of Mage: the Ascension and a game I’m dying to try out called “Powerchords: Music, Magic & Urban Fantasy“.

All three of us, at one point, talked about carving the time out of the days in order to write.

“In large, bloody chunks,” I recalled Chuck writing at one point.

From professional novelists to fanfic enthusiasts, writers cannot merely find the time to write. We have to make the time. That’s just as difficult as the writing itself. The world at large makes all sorts of demands on our time and energy. There’s always another chore, another commitment, another distraction. We want to give ourselves a break, try to get other things done, clear our decks to do nothing but write.

The insidious truth is that such a state of being, where nothing but writing happens, rarely if ever exists.

Writing happens in a particular space, a conflux of physical, mental, and emotional states, and we writers need to assure ourselves that we can, and should, ask for that space. It’s possible to think that you don’t deserve it, because you haven’t been writing anyway, or those dishes have been stacking up, or seriously I need to spend more time with my partner. It’s also possible to feel that you’re somehow entitled to it, and shirk everything else just to write, which is arguably worse than the former possibility.

Bottom line? You have to carve out the right slice of time, and make the most of it before you balance it with something else.

We cannot, and should not, exist in a vacuum. We have our writerly spaces, sure, from libraries we prefer to sheds we build just for writing — and perhaps slugging whiskey and howling and throwing poo at the walls. What happens in the Mystery Box stays in the Mystery Box. Thing is, we can’t always be there. How can we relate our words to the world if we’re not in the world more often than not?

“Carve the time,” Chuck admonished me when he wrote in my writing journal. A reminder that while the world makes its demands, I deserve to make the time to write. I shouldn’t seek to let writing dominate my time, either. I can strike the right balance, with my sharpened metaphorical knives. That’s a skill in and of itself.

He wrote something else, too.