Never Give Up, Never Surrender 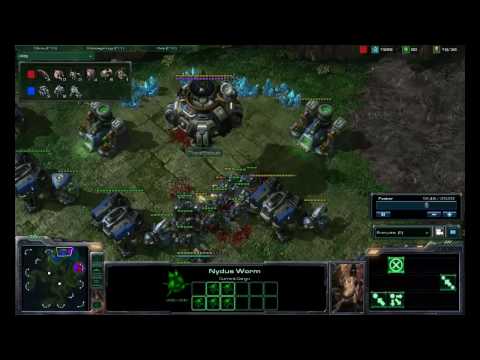 Some people declare “GG” the moment the bad guys break into their bases. Would you?

Handling rejection means more than just sending out more queries. It becomes more of an over-arching attitude, a modus operandi for the creative mind. At least, it should, in my humble opinion.

Case in point: StarCraft 2. Now, I know, a game is not reality, not meant to be taken seriously, etc. But a lot of people tend to quit the game, either on a match basis or altogether, when their strategies fall apart or they simply get their ass kicked repeatedly. However, TotalBiscuit used the Galaxy Quest phrase “Never give up, never surrender” to frame his latest I Suck At StarCraft installment. I highly recommend this series, by the way, if you have even a passing interest in the game. You’ll learn quite a bit, about both the game and how to play it properly.

I know that this particular turn of phrase comes from a movie that’s more a comedy than anything else, but “Never give up, never surrender” is no less a good attitude regardless of its origins. And it applies to things beyond intergalactic combat.

Here’s another example: when you apply for a job, you have to accept that you might not get picked to fill the position. But that doesn’t mean that there’s nothing left to do when you get turned down. There’s no harm in thanking your interviewer for their time, and asking about other opportunities they might be aware of. Never burn a bridge that might lead you to new places – never give up, never surrender.

And of course, this applies to the writing world. I’ve touched on rejection in the past. But dealing with it using this attitude works pretty well when you think about it. Running into criticism even if it’s constructive or cold form rejections can be a demoralizing, soul-sapping experience. But when you feel this way, pop Galaxy Quest into your mind and repeat the mantra “Never give up, never surrender” until you start churning out more queries.

You’re going to wipe on bosses in MMOs. You’re going to be told your services are no longer required by a seemingly unsympathetic employer. Bills are going to come to your door, bad news will assault your eyes and ears, people will outstrip you in terms of success and salary and gadgetry. When these things happen, some will completely shut down and some will rage against the heavens. Dropping out, ragequitting, misdirection of frustration, all of these things can and do happen.

It’s better, however, not to give up. Use that frustration, don’t let it use you. Learn from your mistakes, refine the things that make you stand out, and promote those things in a positive way. Sooner or later, it’ll break you through to the next level and you’ll be in a much better position to keep moving forward. All because you didn’t surrender.

That’s my perspective, at least. Here’s hoping I don’t lose sight of it.