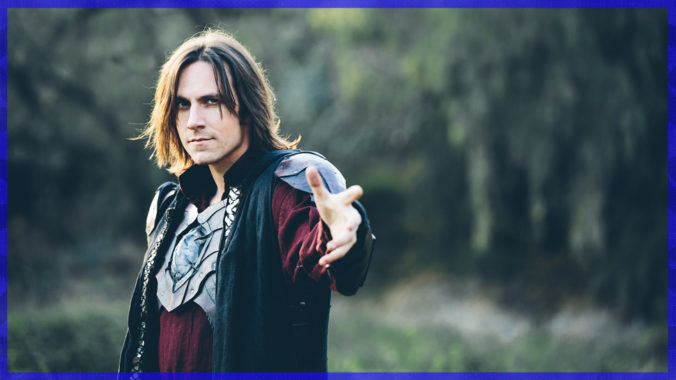 The Deep Mines of Published Adventures

I’d like to give you a bit of a peek “behind the curtain” regarding where inspiration comes from and how basic materials from other sources can lead to new ideas and new directions in storytelling. This past weekend, I put together a one-shot D&D adventure for Seattle fans of Critical Role. While I did re-watch some favorite episodes from the first campaign of the series, and read up on a good deal of material in the Tal’dorei Campaign Guide, considering this was a one-shot, I wanted to make sure that the adventure had direction and balance. With that in mind, I turned to my time acting as a Dungeon Master for the Adventurer’s League.

The two Adventurer’s League modules that I took as my basis were “The Waydown” and “The Occupation of Szith Morcaine”. They’re from the same season of the Adventurer’s League, the “Rage of Demons”, and thus had a lot in common. Both were delves into the Underdark, both involved strange beings to both interact with and fight against, and both were influenced heavily by the machinations and madness of the demon prince known as Graz’zt.

But the Adventurer’s League modules take place in the Forgotten Realms. This was an adventure in Exandria, on the continent of Tal’dorei. This lead to some questions for me, as the Dungeon Master: where is the Waydown on Tal’dorei? How are drow, duregar, myconids, and so on different in the world created by Matt Mercer? And what would Graz’zt want with Exandria?

I am, of course, not going to answer that last question here. This is going to be more than a one-shot, much to my delight. But I will say that, since these two adventures were related by the overarching “Rage of Demons,” it wasn’t difficult to tease a few bits apart, remove things that didn’t work, and weave them together into one coherent adventure with Tal’dorei flavor and and plenty of places for a party of adventurers to go.

One of the things that saw me moving away from Adventurer’s League was that in a short, two- or four-hour session, it can be very difficult to get into character, establish rapport with other players — or, if you’re the DM, any players. On the other hand, the published adventure modules are adjustable for all sorts of parties in terms of difficulty and rewards, and the through-line of start to middle to end is very easy to follow. With the change of setting and a longer session time, this flexibility made the matter of adding more narrative storytelling a straightforward one.

Now that the party’s established, and these initial adventures are completed, we can move on. While it can’t be called entirely original, considering the involvement of Graz’zt and the very nature of where Tal’dorei came from, the storyline and character hooks I have in mind are all mine, informed by my fantastic players and rooted in the desire to tell a great story woven through with emotion and character.

I also run a game on the occasional Thursday night, and we’re going through the 5th edition starter set’s “Lost Mine of Phandelver”. Again, however, this adventure has been transplanted from the Forgotten Realms to a campaign setting entirely of my own design. The world of Levexadar is my first real attempt at something like this, and as a result, I’m still tweaking things and looking to published materials. On top of the Phandelver resources, I’ve incorporated some adventure and setting trappings from the previous edition of Dungeons & Dragons. You could say I’ve “filed off the serial numbers”, and I don’t feel bad about that. So far, it’s made for a good story.

When it comes to role-playing games, you can delve deep into the fertile veins of published materials and find all sorts of things to tell a story of your own. I find my thoughts turning to parts of the Tomb of Annihilation hardcover and materials even older than 4th edition as elements to use in one or both of these campaigns. The echoes of the familiar in unexplored territory can both comfort a player, and present an opportunity to surprise them. And if you manage to surprise your players, get them invested in the world and the story, and anticipatory of what’ll happen in the next session or even the next minute, you’ve got a great game of Dungeons & Dragons on your hands.