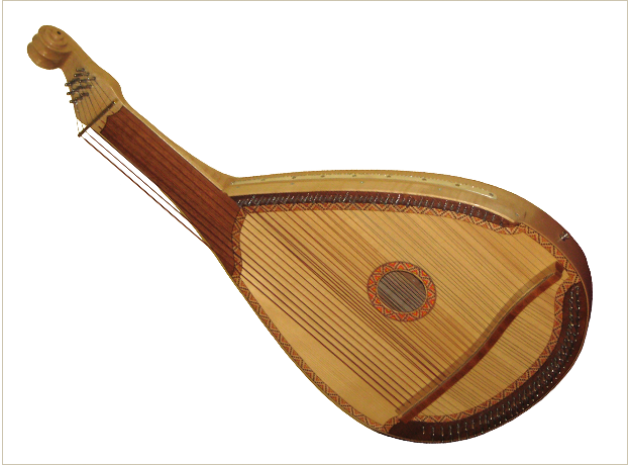 Songs of Cornell: Just Getting Started

There really wasn’t anything Cornell Starblossom liked more than a lively tavern at night.

Night was when everybody shook of the day’s responsibilities, relaxed, and loosened their laces, especially their purse strings. The half-elf was adept enough with bandore and thelarr to maintain a decent enough lifestyle with just a few hours of song every night. What really got him attention — and tips — was his voice. Unlike the instrumental skills, honed by years of study at the College of Fochlucan, he’d been born with a melodious voice with good range and solid timbre. He’d trained that too, to be sure. From participating in hymns to Sune with his mother, to literally singing for his supper all up and down the Sword Coast, he’d built the stamina, clarity, and expressiveness to handle a night’s worth of song, much to the delight of patrons and approval of tavern owners.

He sang songs of pure love, loves lost and regained, learning to love one’s own self. He sang ballads of heroes long gone and the battles of mighty nations. He sang of dragons, dire portents, and powerful magic. Most of all, he sang to the individuals in the tavern, rubbing elbows with men and sitting beside ladies, all the while keeping a fine hat in view for the depositing of coin.

It was getting late at the Clover Wall Roadhouse when Cornell wrapped up his encore. He felt tired, but satisfied. After recent ordeals, he was glad to have time to simply ply his trade and get to know the locals, especially those in high standing. The blacksmith in particular had been of interest to him, in terms of acquiring better means of protecting himself. Having done that, he resolved to spend the next tenday involved in nothing but good song, good food, and pleasurable company.

He was thinking about the feisty redhead who’d invited him to her chambers in a few hours as he counted the night’s coin. Just enough for his upscale rooms and meals to last him until tomorrow night. He leaned back with a smile. He had no taxes to pay, no lands to manage, no manor to worry over. Just him, his music, and the road. It was freedom, and he valued it highly.

He blinked, slowly, and looked up at the source of the voice. It was a burly, smelly human, beefy hands in fists. A thinner, weasel-faced human stood behind the first, sneering at Cornell.

“Gentlemen.” Cornell’s voice came out in his easy drawl, an affect picked up from his youth in Daggerford and time on the road. “Got some feedback on th’ set? I’m always lookin’ t’ improve.”

“We bet good money on you in the arena, flower-muncher. We want it back.”

Ah. So these two were from the Redplumes. Or, at least, had supported the Redplumes in their assault and kidnapping of innocents along the road. Especially non-humans. Cornell’s smile faded just a touch, remembering the roar of the crowd, the frothing of the quipper-infested waters…

“Ain’t my fault you bet on th’ wrong odds.” He paused. “Were they good odds that we were gonna bite it? I shoulda placed a bet on us, myself. Might’ve been able to help you kind gents.”

The beefy one slammed his fist into the table. “We will have coin, or we will have blood!”

“Oi.” This was the barkeep, wiping down his bar, looking up from tending to his last few customers. “Keep it down or get out. No fighting in my place.”

Cornell gave the barkeep a nod and a smile, and got to his feet. “You heard th’ man, gentlemen. Care t’ step outside?”

The two humans shared a vicious grin and moved to the door. Cornell handed the barkeep his coin — “for my rooms and board ’til tomorrow night” — and followed, running his fingers over the feather in his hat before putting it on his head. He thought about the rapier hanging from the left side of his belt, and the new crossbow on the right. It was his bandore that he hefted onto his left shoulder, however. As he walked to the door, he did a quick check of the tuning of the strings, plucking one or two to get the notes just right.

As soon as they were outside, he saw Weasel-face pulling out a pair of crossbows not unlike Cornell’s new acquisition: built for a single hand, quick to reload, deadly with good aim. Ham-fist’s weapon of choice was a hammer with a long haft and a heavy-looking head. They grinned. Ham-fist opened his mouth to speak.

Cornell looked squarely at Weasel-face and gave the bandore a quick riff.

The discordant melody and minor chord made Weasel-face’s eyes go wide. Screaming in panic, the man dropped his crossbows to clutch his head in pain, and turned to run as fast as he could. Ham-fist whirled to yell an imprecation, and that’s when Cornell drew his crossbow, aimed, and shot the human in the back of the thigh.

Cornell walked over, hanging the crossbow from his belt, and drawing his rapier. He placed the tip of the blade under Ham-fist’s chin, and lifted the human’s face towards his.

“I’m no killer, nor am I thief,” he said, his voice grave and even. “But I am a Harper agent.” Cornell lowered his instrument to the ground gently and opened the left side of his jacket, showing the badge he wore underneath. “An’ you are a threat t’ the common folk, or at least those who ain’t like you.” He put a little pressure on the rapier, a tiny bead of blood appearing on the man’s white skin. “I suggest you grab your friend an’ leave. Don’t let me see you here again. Remember: we’re watching you, racist.”

Ham-fist nodded, or at least did so as well as he could with a rapier at his throat. Cornell smiled, stepping back, and sheathing his weapon. Ham-fist stumbled to his feet and jogged after Weasel-face.

Cornell took a deep breath, and let it out again. While he had no taxes or land, he did have his responsibilities. It was the Harpers who had sponsored his entry into Fochlucan, kept his mother safe, and appraised his father, an elf wizard and adventurer in his own right, of Cornell’s progress. And there was the whole empathy-for-the-common-folk thing. Growing up half-elven wasn’t easy, especially in areas in the North of the Sword Coast mostly dominated by mainline humans. He could empathize with so many of them. It was part of the reason why stories of the Harpers had always appealed to him, and why he now wore their emblem.

He adjusted his hat and headed back for the Roadhouse, bandore on his shoulder. The night, much like his journey across Faerûn in search of story, song, and worthy causes, was just getting started.

Mondays are for making art.